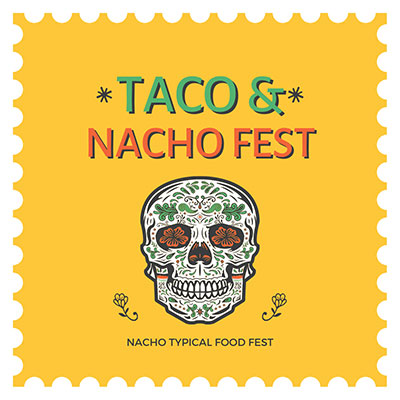 Welcome to Taco & Nacho Fest! Our vendors will offer many different types of Tacos and Nachos. Menus coming soon.

We will also have Sesh’s new Spicy Margarita and Cutwater Margaritas. As well as the Bud Light Beer garden. Something for everyone.

7pm- Kevin McCoy Band
Kevin McCoy is the founder, frontman, and lead vocalist for the radio charting, award-winning, country-rock group Kevin McCoy Band. Kevin is a singer-songwriter who combines his Rock and R&B influences along with his unmistakable country voice to create a style of music all his own.  Kevin spends a lot of time writing and recording in Nashville, which has resulted in two songs on the Music Row CountryBreakout chart – “Moonlight” and “Blue Collar”. “Blue Collar” reached number 51 and “Moonlight” reached number 64. Moonlight was also on the Billboard Indicator chart. In addition, “Blue Collar” has over 100 thousand streams across all digital platforms.  This past year, Kevin had the honor of opening for several National Recording Artists including Eddie Montgomery from Montgomery Gentry, Frank Foster, Tracy Byrd, and Jimmie Allen. He also played alongside Luke Combs, Sam Hunt, and Ashley McBryde at the Kicker Country Stampede in Kansas. Kevin has also performed his original music at songwriting rounds throughout Nashville, TN, including the legendary Bluebird Cafe.
Kevin has received various Josie Awards nominations including Male Vocalist of the Year, Entertainer of the Year, Music Video of the Year for “Blue Collar” and Group of the Year. The Josie Awards is the largest awards show for Independent Artists.

Thanks to our awesome sponsors: SESH & Bud Light